This post Cheating with carbs on keto diet by David Papkin 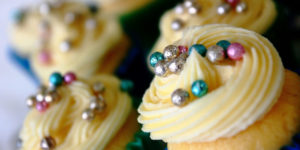 Cheating, or eating hidden carbs, whatever you want to call it. Let’s have a brief talk.

Cheating is, in the most simple terms, eating a lot more carbs than you would normally. There’s no hard and fast figure, suffice to say that if you had somewhere in the realm of 50g – 100g you would likely break your ketosis, but it wouldn’t be the end of the world. It also stands to reason that you would possibly not have to go through unpleasant keto-flu again.

How does it happen?

Cheating can happen for a number of reasons, but there seem to be two main causes.

Comfort eating is something everyone I know does, and I’ll admit to eating an entire pint of Ben & Jerry’s on my own, no problems at all, when feeling down. Though those days are also long gone.

You could be stressed, sad, angry, or any number of other things, and may choose to seek comfort in sugary foods. After all, they raise your mood, though it’s only short term. You’ll probably feel down that you’ve stalled your progress or simply eaten foods that aren’t great for your body.

You might even drink alcohol for a range of the same reasons, or, as is very often the case, it may be a social event. A birthday, after work drinks, oh how I could go on… One thing’s for sure, too much can and will impair judgement. The last time I cheated was definitely after a few refreshments and I said “Hey, you know what, chocolate is a GREAT IDEA!”

But it wasn’t really.

The worst part is knowing that you’ve failed, but you must remember that it’s ok to fail, if you don’t, then you’re probably not doing a lot of trying or learning.

I recently read some great advice on failing. It stressed one point, and one point only, and I really want to reiterate it here.

If it’s done, it’s done. Feel bad for as long as you do, and move on. Get back ont the horse.

But lets move on to some of the more common questions people ask.

I’ve Cheated! What does it mean for me?

Probably not a great deal. The day after a carb binge, your stomach could very well feel upset, and you may very a lack of energy. You’ll almost certainly be kicked out of Ketosis, and providing you abstain from carbs here on out, you may have to go through ketoflu again on the way back in. If you remember one thing let it be to …

If you’ve just cheated for the first time, don’t worry, it’s not a big deal. Everyone’s done it.

Consider that most people eat 20-50g of carbs when keto, and give thought to how long you were on a high-carb diet before that. Now, take the time to find out how many grams of carbs you’ve had.

What are people eating?

Through the occasional carb binge of my own, and listening to the stories of others, the two main foods that are consumed at these times are

I’m not tolerant to wheat, and chocolate is a long time weakness of mine, so when I cheat, it’s usually chocolate as mentioned earlier. Through tracking this, I’ve found that it’s a struggle to consume more than about 150g of carbs in one chocolate binge. And it seems than an average, large pizza has about 180g carbs, which isn’t too much more than a chocolate binge.

And I’d argue that people who have a few weeks of eating keto under the belt, would severely struggle to eat an entire pizza.

It’s worth mentioning that no carbohydrate digestion takes place in the stomach, rather the small intestine, which is why you feel so damn bloated, for so damn long.

What do I do tomorrow?

If you’re reading this after you’ve carb binged, you’re probably wondering what you can do about it in the future. The key is, of course, to steer clear of carbs as best you can, simply stop eating them again, just like you’ve done before. It’ll take a few days to get back into Ketosis, and it’s possible that you may go through Ketoflu again, but otherwise, everything will be in order.

If you’d like to expedite the process, you can always fast for 16 or 24 hours. Though it’s important to consider if fasting is for you, and if it is medically sound for you to do so. It probably is, but if you have questions, consult a physician.

Don’t make it a cop out either, “oh I’ve had 6 beers today I just wont eat until dinner tomorrow” is no excuse, and the wrong mindset for long term success.